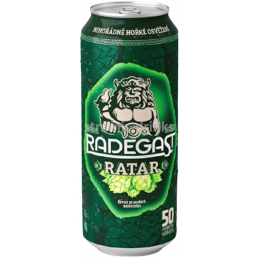 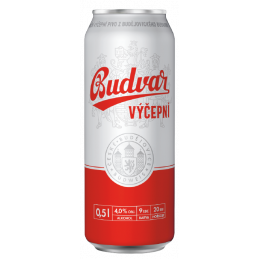 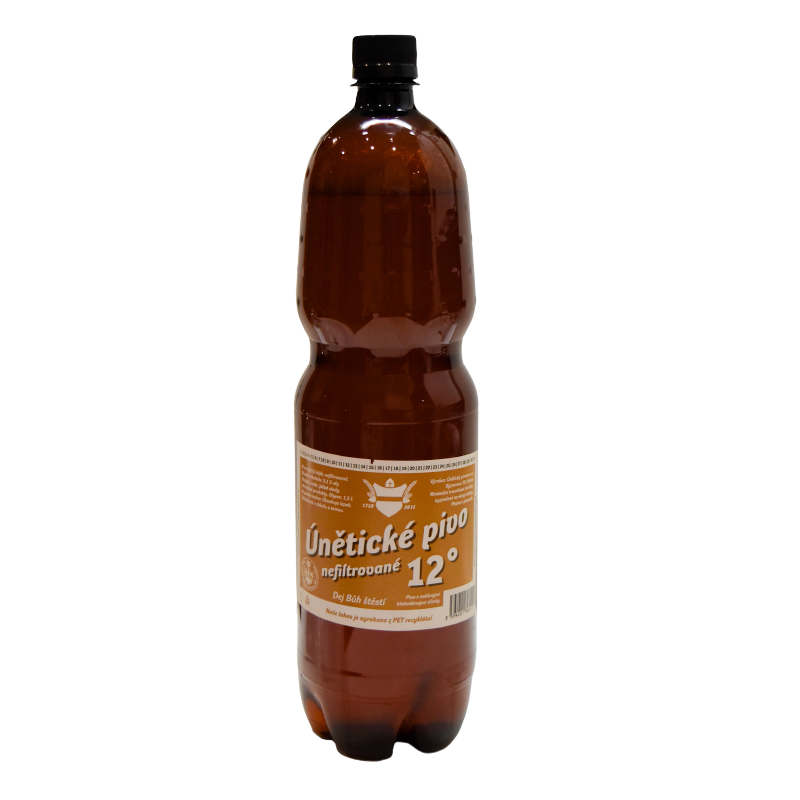 Únětické Pivo 12°, light lager beer, unfiltered, bottom-fermented and unpasteurized. Incomparable taste and freshness make Únětické 12 a special experience. Characteristic is its strong smell of yeast, golden color and slight cloudiness. Lasting bitterness and a head of foam that lasts round off the Únětické 12.

We get the beers fresh directly from the Únětice brewery at least once per week. We store them in a cool place until they are picked up or shipped. The beer is fresh, unfiltered and unpasteurized and not preserved with chemical ingredients! This gives the beer a unique freshness, but also a shorter shelf life. The brewery gives the beer in PET bottles a shelf life of 4 - 5 weeks. The beer should be stored cold. 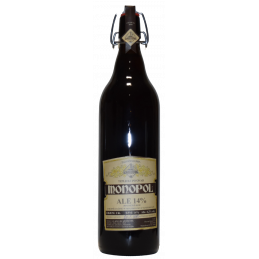 Monopol Ale in a stylish 1l glass bottle. The bottle comes in a gift package, ideal as a present for special occasions 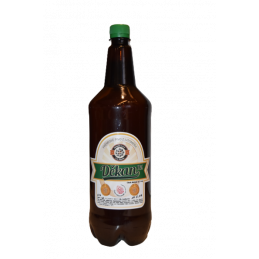 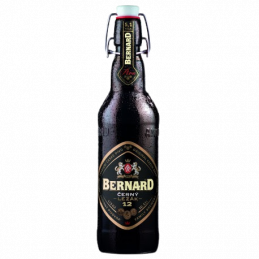 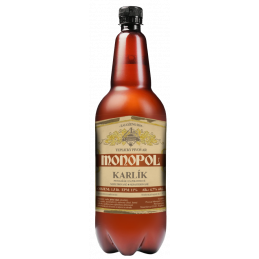 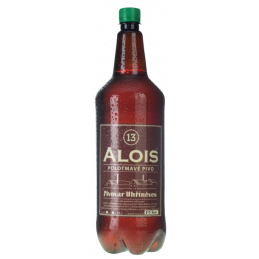 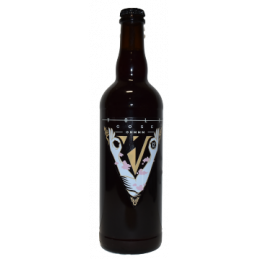 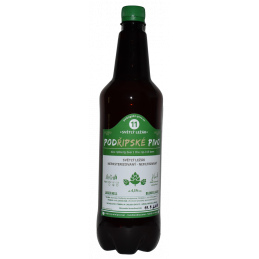 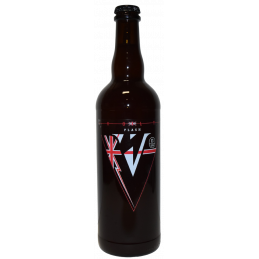 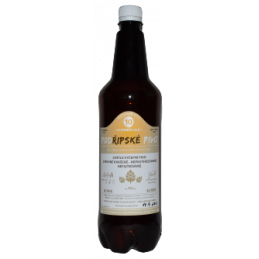 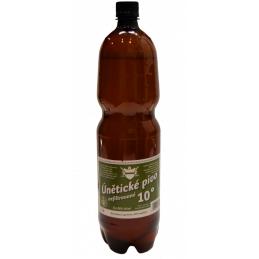 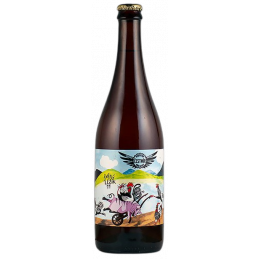 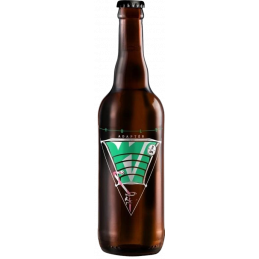 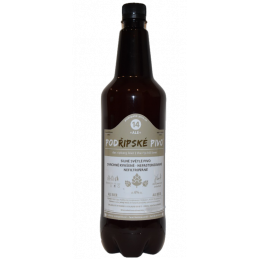 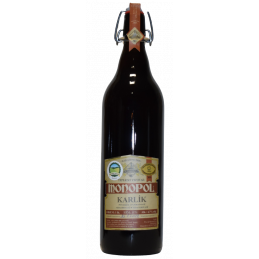 Monopol Karlik in a stylish 1l glass bottle. The bottle comes in a gift package, ideal as a present for special occasions